Git for Dummies: A basic guide to use Git for your project.

As per the Git website "Git is a free and open source distributed version control system designed to handle everything from small to very large projects with speed and efficiency." [1]

I have worked with Microsoft TFS before but this is the first time using Git for my current project. I am going to write my experiences with Git and the command set which is necessary to work with Git.

You can download Git from https://git-scm.com/download
And then install by following the wizard. After installing Git you will see below three items those will be added as program. 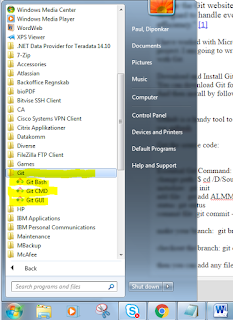 Fig 1: Installed Git in the PC

Among three use 'Git Bash' to start with.

As you have seen from Fig 1, from three items click Git Bash and then you will find below window where you will write command: 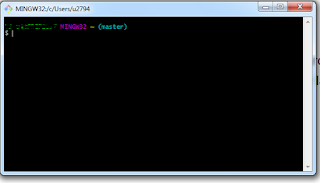 
If your source repository is in the network drive in your organization, e.g. network drive location is: //SourceRepository/Project1

Then, command look like below:
$ git clone //SourceRepository/Project1 myproject

The code from your network drive will be copied to myproject folder in your local PC's github folder.

If you want to change the path and then load there then the command will be:
Change path:
$ cd  /D/myproject
Then clone:
$ git clone //SourceRepository/Project1 myproject

Now the code will be in your folder /D/myproject

Then initialize it:
git init


Working with Git
Now you are ready to work on your code, you can add new file, edit and update the existing one.

To see list of the files in the folder: 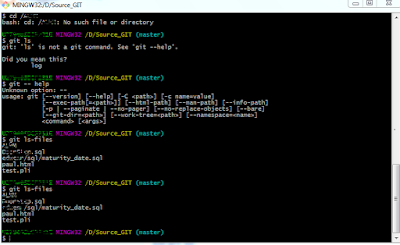 Fig 3: List of the file in the Git  folder


It is good idea to make branch and then work on that branch e.g.

then you can add any file to your branch or change the existing file:

If you checked out the master we will not find those two files:


How to merge the change from MyTestBranch to Master, you must have to be in Master Branch then write below command:
git merge MyTestBranch

Posted by Diponkar Paul at 5:37 AM No comments: